Acute Dissection of the Ascending Aorta as a Rare Complication of Aortocoronary Bypasses Surgery: A Case Report

A 60-year-old female patient underwent double-vessel aortocoronary bypass surgery due to coronary artery disease. After distal bypasses were performed and the cross-clamp was removed, dissection of the aorta occurred. Consequently, axillary cannulation and ascending aortic replacement with a prosthetic graft were performed via the open technique. The saphenous vein graft was sutured to the aortic prosthetic graft, and cardiopulmonary bypass was terminated after hemodynamic stability was achieved. The patient was discharged on the 10th postoperative day, and she has been followed up for 2 years after surgery without any problems. 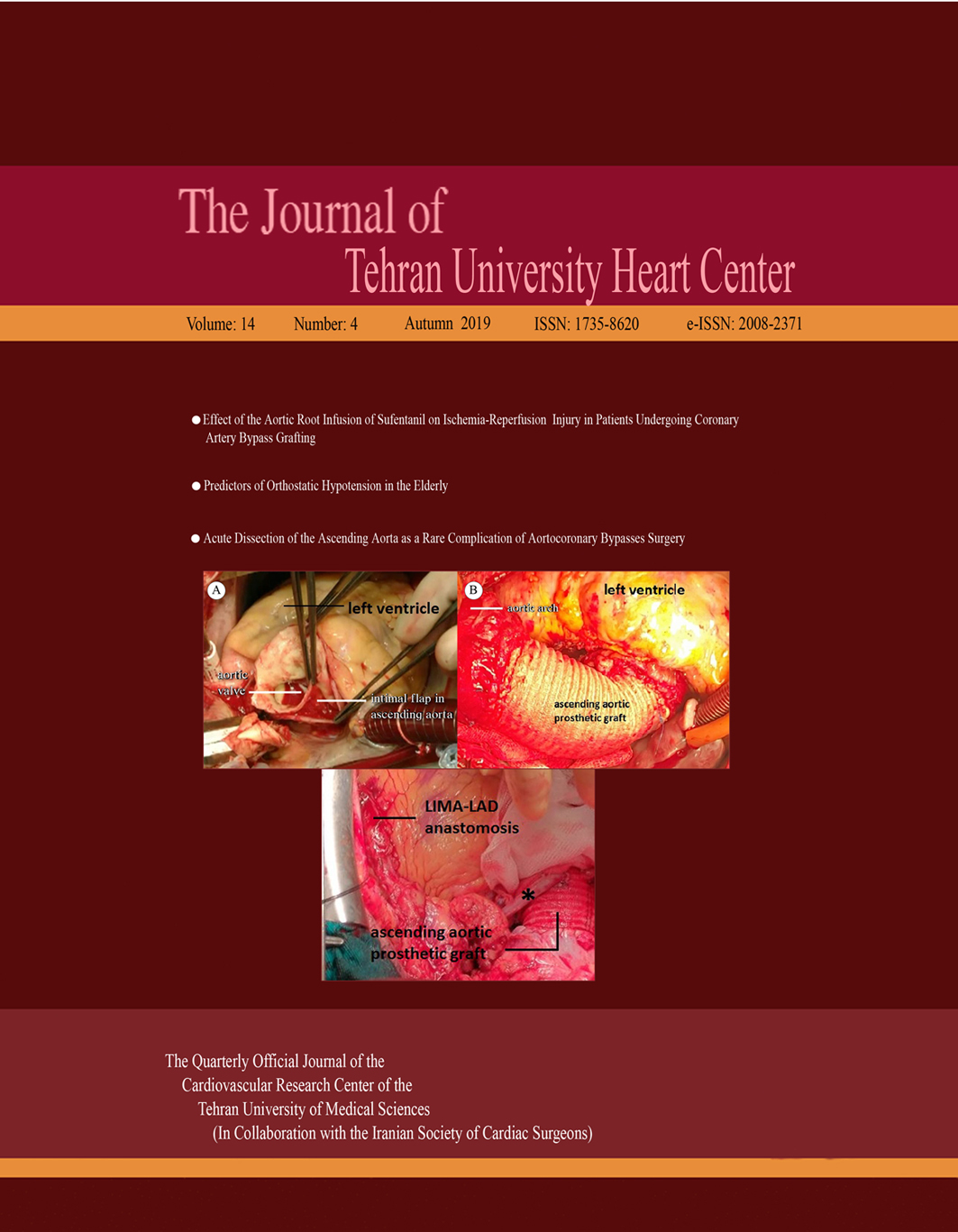