Background: As English has increasingly become the lingua franca in science and international journals require native- like academic writing standards from nonnative researchers, there is more pressure on nonnative scholars to write their research articles more accurately and appropriately in English.This study was conducted to determine the most-occurring language-related errors which Iranian medical authors/ researchers commit while trying to have their research published in international English journals. Also, this article seeks to provide useful guidelines to reduce such linguistic mistakes.
Methods: The present study investigated the most common language-related errors in Iranian medical specialists' research articles. To this end, the first drafts of 60 published research articles in medical sciences were cross-checked against their peer-reviewed published versions in order to identify the most frequent non-target language forms which received discoursal, lexical, grammatical, and mechanical revisions by peer editors.
Results: The findings revealed that the editors had surprisingly dealt with discoursal errors more than any other linguistic aspects of these research articles. This was followed by lexical replacements. In third place were grammatical improvements, where erroneous structures mostly related to tenses, usage of articles and prepositions, and agreement between verbs and nouns were treated. The least common revisions were on the mechanics of academic writing, consisting of hyphenating, spelling, case lettering, spacing, and spacing with commas.
Conclusion: Although most of the Iranian medical authors/researchers enjoyed a good level of proficiency in English, their manuscripts required discoursal, lexical, grammatical, and mechanical revisions before publication in credited international journals. 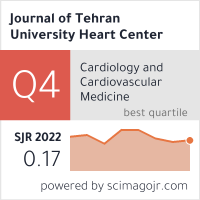